Few fantasy artworks have been as influential as Frank Frazetta's Egyptian Queen. This 1969 illustration is seen as an extremely influential piece for the fantasy genre in American art. No wonder the original painting broke all auction records.

Frazetta (1928-2010) was an American illustrator known for his book covers, comics, paintings, posters and record covers. Egyptian Queen was one of his most famous works. Many prints and posters have been made of this work. The original artwork was owned by the Frazetta family for fifty years. They decided to auction it in 2019 through our parent organization Heritage Auctions at a comics auction in Chicago.

Though the family knew this work was of value, the auction result of $5.4 million surpassed all expectations. The painting became the most expensive piece of original comic book art ever sold at a public auction. 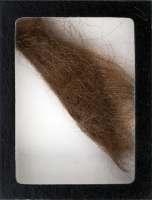