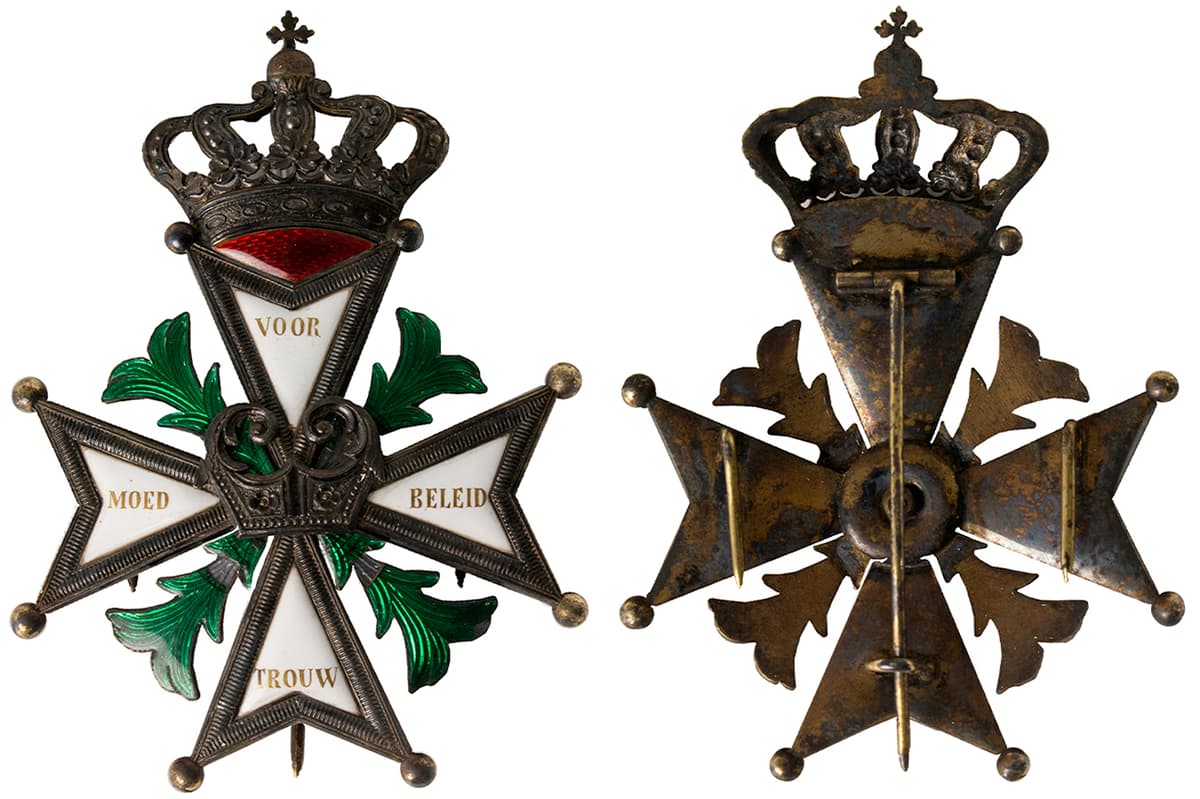 For years it hung in a frame on the wall: a medal with the words 'Voor Moed Beleid Trouw'. In English, this means 'For Courage Tactics Loyalty'. The owner didn't know how valuable this award was until he had the medal appraised by an expert from Heritage Auctions Europe. This is how he found out that he was in possession of a Military Order of William - the highest and oldest decoration in the Netherlands! The owner decided to put this award for bravery up for auction.

The Military Order of William in question was awarded by King Willem II to Julius Constantijn Rijk (1787-1854). Rijk was active nationally and internationally as Vice Admiral, Governor-General of the West Indies and Director-General of the Royal Netherlands Navy. A man with administrative and scientific talents that he deployed both socially and in his military career. In 1848 he was awarded the Military Order of William for his longlasting military services.

Four ranks of the Military Order of William

The Military Order of William was established in 1815 by King William I and named after the first Prince of Orange. Not only Dutch military, but also other citizens and foreigners (think of resistance fighters) can also receive this award. The medal is intended for people who have distinguished themselves through courage, tactics and loyalty.

There are four ranks: 1) Knight-Grand-Cross, 2) Commander, 3) Knight Third Class and 4) Knight Fourth Class. The Military Order of William that Rijk received concerns is a Commander's Cross. Of these, only 82 have been awarded!

Interesting fact: at the time of the auction, only four Knight-Grand-Cross bearers were still alive. It concerns the 103-year-old Englishman Kenneth Mayhew (1946) who received it for his services during the liberation of the south of the Netherlands in the Second World War. The other three are Marco Kroon (2009), Gijs Tuinman (2014) and Roy de Ruiter (2018). They were awarded the Knight's Cross for their actions during missions in Afghanistan.

With a unique piece that is rarely offered at auctions, it was difficult to say what price it would be sold for. In the end, the Military Order of William was sold for 21,252 euros! The buyer wishes to remain anonymous.