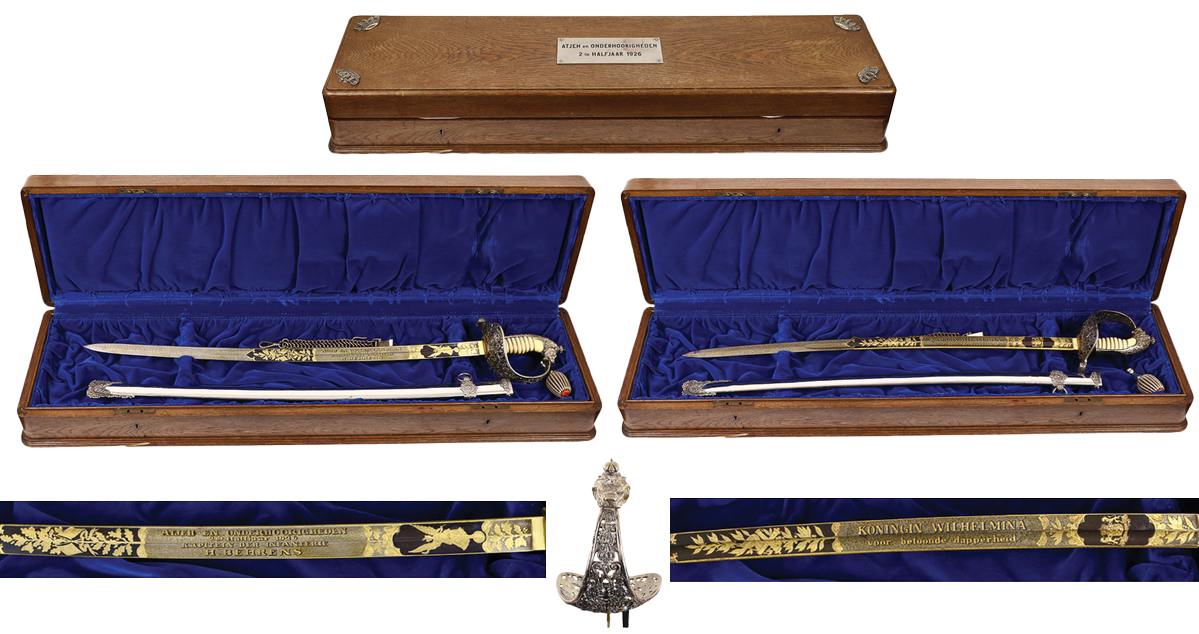 Text
QUEEN WILHELMINA, for the bravery shown. Aceh and subordinates, 2nd Half of the Year 1926, Captain of Infantry, H. Behrens.

Last Saber of Honor (Eresabel) pops up during valuation

During appraisals of militaria, it is not uncommon to see sabers and usually sabers are not that rare. This extraordinary saber, however, proves to be an exception! The owner of the saber took it for an appraisal by Heritage Auctions Europe in 2018. Appraiser Tim van Deutekom immediately saw that it was a unique item.

The saber in question turned out to be an original Saber of Honor. Sabers of Honor were awarded by the Dutch authority in recognition of military merit. The decoration was intended to keep the military motivated, especially in the Dutch East Indies, where soldiers were experiencing harsh conditions during colonial times.

The Saber of Honor was instituted on January 17, 1855 by King William III. This decoration was awarded a total of 106 times, of which 89 times to officers in the Dutch East Indies. The last award ceremony took place in 1927. It was during that year that Captain of Infantry (also promoted to major) Henri Behrens received this honorary award for his bravery in Aceh.

The owner decided to put this unique piece up for auction at Heritage Auctions Europe. It yielded no less than 40,000 euros during the militaria auction in January 2019! 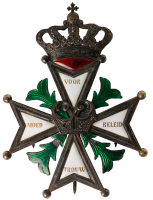